Over the last 11 weeks, investors have enjoyed a continuing rising trend in equity markets. If the news pointed to rising tensions in the , higher cost at the gas pump, debt levels around the world that nations could not sustain, they were all dismissed. The road to “recovery” has spoken in “the markets”.

On October 27th, 2011, I released the article Darwin’s Deceptive and Dangerous Devices. That day, “European leaders expanded a bailout fund to stem the region’s debt crisis”, and headlines read “S&P 500 Extends Best Month since ’74, Euro Rises”.  In less than 2 months, on December 21st, the leaders at the European Central Bank hit the electronic switches and handed out € 489 billion Euros ($639 billion) to hundreds of banks across to “shore up the financial system”. This was the largest a largest infusion of credit by the ECB into the banking system in the 13 year history of the euro currency. The last day of February, headlines read, “ECB Hands Out $712 Billion in Loans to Banks” and we learned that in a little over two months, more than € 1 trillion (€ 489 billion on Dec 21st + € 529.5 billion on Feb 29th) had been “pumped into Europe’s financial system” in an “attempt to stabilize banks, governments and businesses”. 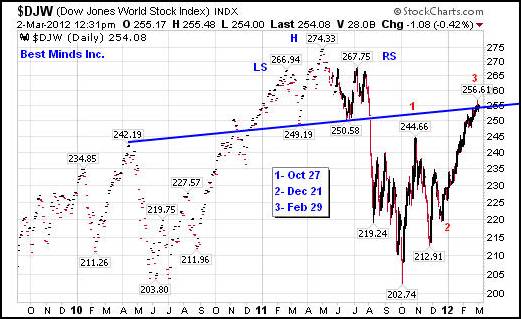 Anyone capable of using the dictionary can find that “stabilize”, according to Merriam Webster online, means:

“to hold steady as to maintain the stability of (as an airplane) by means of a stabilizer, or to limit fluctuations of (as in prices).

Now help me out. When a global stock index jumps 20% in 18 trading days in October, and then climbs 17% in 49 trading days over 11 weeks, have markets  “limited fluctuations of prices”, thus revealing “stability”? When one looks at the same index in 2011, we find that in 12 trading days the price declined 18%, and in 24 trading days it declined 15%.  How can anyone look at these dramatic price swings, the longest taking place in a couple of months, and come to the belief that the actions of central bankers and photo opt summits by world leaders are taking place with the intent of “stabilizing” our lives and our global financial system? 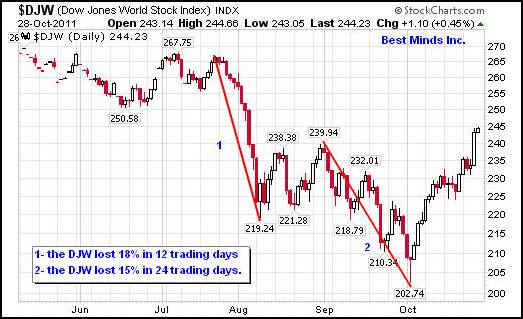 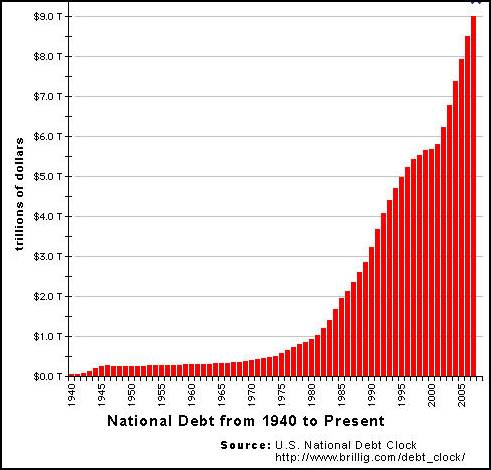 “Let me begin by thanking the Federal Reserve Bank of for inviting me to participate in this important conference on the role of central banks in financial stability. As you know, the Dodd-Frank Wall Street Reform and Consumer Protection Act of 2010 (Dodd-Frank Act) assigned the Federal Reserve a central role in the new framework for achieving and maintaining financial stability.” [Italics mine] Vice Chair, Janet Yellen, 11/11/11, the 14th Annual International Banking Conference in Chicago

During the two decades preceding the crisis, central bankers and academics achieved a substantial degree of consensus on the intellectual and institutional framework for monetary policy. This consensus policy framework was characterized by a strong commitment to medium-term price stability and a high degree of transparency about central banks' policy objectives and economic forecasts.” [Italics mine] Chairman, Ben Bernanke, 10/18/11, The Effects of the Great Recession on Central Bank Doctrine and Practice, Boston

“Addressing a dinner late on Thursday (3/1/12) at an EU summit in Brussels, Draghi (ECB President) told the leaders of the ECB’s provision of more than 1 trillion Euros of liquidity via a special loan program had only won them a temporary reprieve and there could be no let-up in reforms. ‘It was a subdued message,’ said one euro zone diplomat briefed on Draghi’s intervention before the 27 leaders. ‘He said there were timid signs of stabilization but emphasized that the overall situation was fragile.’” [Italics mine] Draghi Reportedly Says the ECB has done Its Bit, 3/2/12, CNBC 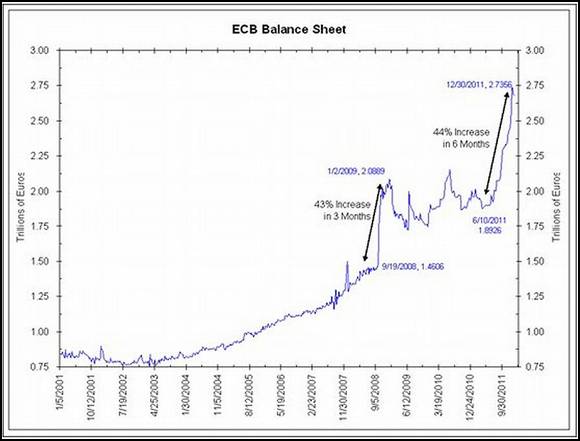 It is obvious from examining the charts above, that increasing debt and lot’s of it, has been the long-term objective of central bankers the world over. To state “central bankers seeking stability” is an oxymoron. The growth of global debt for decades, and the parabolic growth of debt in the last 4 years to replace yesterday’s deteriorating collateral from previous debt schemes, screams at any sane person willing to admit that the emperor’s clothes have always been nothing more that debt creation to produce more exotic financial instruments that built a global house of instability. Until our universities, our politicians, our religious leaders, and our businesses stop treating these men and women as moral leaders seeking to bring “stability” into our world and lives, we will only see more instability. The smooth markets over the last 11 weeks have made many believe “more debt leads to higher asset values”, never even considering the fact that whether prices move rapidly up or rapidly down over a month or two, the story is still the same…more instability. Until millions around the world wake up to the reality that a tiny handful of political and financial leaders are continually telling the rest of us they are bringing order out of chaos, our silence will only move us toward greater instability. Our individual lives continue to move away from stability, and more towards slaves of the state.

Remember, on Friday, September 19, 2008, the headline, Bush Asking for $700 billion Bailout stunned the world. On February 29, 2012, the headline had become, ECB Pumps a Fresh $700 Billion into Euro Banks, and we go about our daily lives as if this is the new norm of “stability”.

Could it be, that we don’t react to headlines regarding more massive debt injections by central bankers, the only individuals in the world that can make such an action take place, unless markets are caving in? 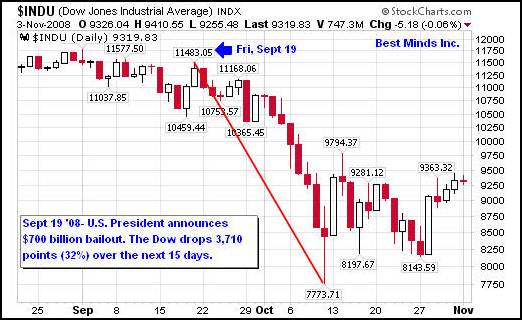 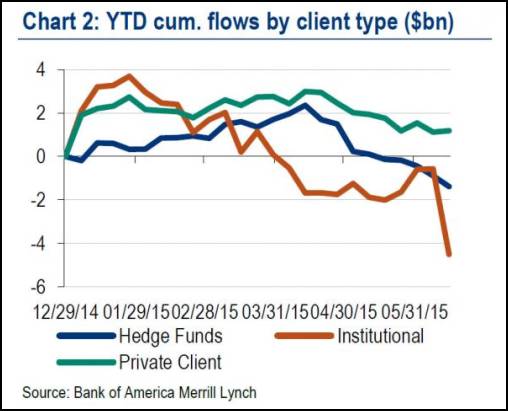 “Long before my election to the Senate I learned two things pretty thoroughly. One was, if you want to get rich – that is, very rich – in this world make Society work for you. Not a handful of men, not even such an army as the Steel Trust employs, but Society itself. The other thing was, that this can only be done by making a business of politics. The two things run together and cannot be separated. You cannot get very rich any other way.” The Confessions of a Monopolist (1906) Frederic Clemson Howe, page 69

If you are interested in our most comprehensive research and trading commentary, consider a subscription to The Investor's Mind: Anticipating Trends through the Lens of History.

Best Minds, Inc is a registered investment advisor that looks to the best minds in the world of finance and economics to seek a direction for our clients. To be a true advocate to our clients, we have found it necessary to go well beyond the norms in financial planning today. We are avid readers. In our study of the markets, we research general history, financial and economic history, fundamental and technical analysis, and mass and individual psychology.

Disclaimer: Nothing in this communiqué should be construed as advice to buy, sell, hold, or sell short. The safest action is to constantly increase one's knowledge of the money game. To accept the conventional wisdom about the world of money, without a thorough examination of how that "wisdom" has stood over time, is to take unnecessary risk. Best Minds, Inc. seeks advice from a wide variety of individuals, and at any time may or may not agree with those individual's advice. Challenging one's thinking is the only way to come to firm conclusions.